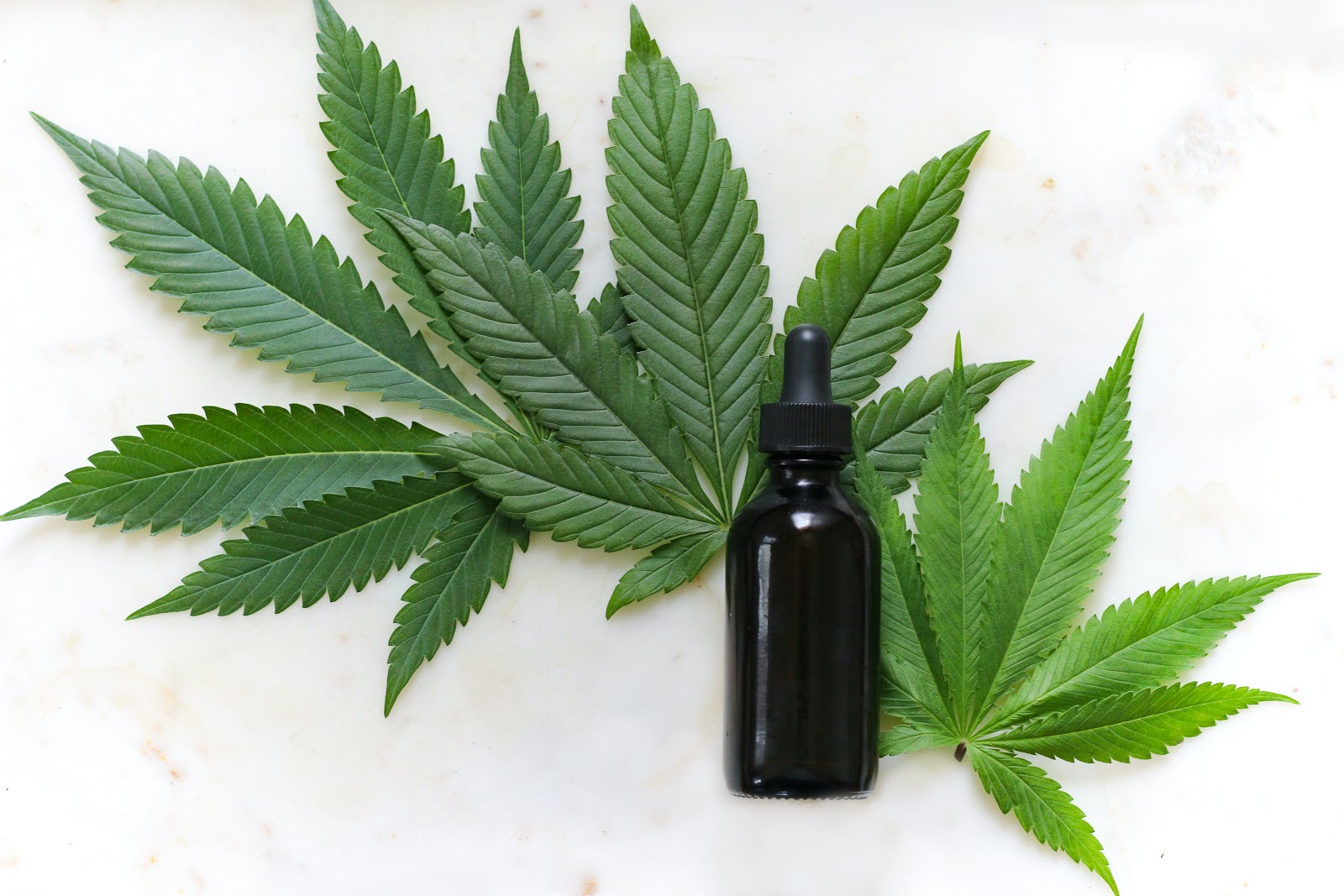 Click one of the links below for quick navigation:

Foreword
What is CBG?
What Are The Potential Benefits Of CBG?
What Products Contain CBG?
What is CBD?
What is THC?
What Is The Endocannabinoid System?
How Is CBG Made?
How is CBG Extracted?
Is CBG Cheaper Than THC or CBD?
How is CBG consumed?
CBG vs. CBD vs. THC
CBG Into The Future
Sources:

The famous and legendary hemp flower, besides undergoing photosynthesis, possesses within its anatomy a yet unknown amount of compounds we all refer to as cannabinoids (CBDs). There are other components such as flavonoids, terpenes, and so on, but we’ll leave them out for now as they aren’t that relevant for this topic. Whether or not you are into cannabinoids, you have most certainly heard of the name of one of the different varieties of the cannabis plant--cannabis Sativa, cannabis Indica, and cannabis Ruderalis. But what about the CBG cannabigerol?

Contained within these mysterious plants is a galaxy of enigmatic molecules that intrigue even the most cannabis-skeptical people. As our galaxy, the Milky Way has yet to show us so many other celestial bodies and unknowns, so do these enigmatic plants. One of those perplexing molecules is CBG, which is an acronym for cannabigerol. World-renown chemist Dr. Raphael Mechoulam first discovered cannabigerol, or CBG, in 1964. Cannabigerol is a lesser-known cannabinoid found in most varieties of hemp leaves and is just one of over 100 cannabinoids found in cannabis. It is attracting pharmacological interest because it is non-psychotropic, is plentiful in many industrial hemp varieties, and helps soothe anxiety. As with its cousins THC and CBD, we can find CBG in a wide variety of products, including edibles [to sleeping pills], tinctures, vaping devices, e-liquids, transdermal compounds (aka skin creams), and other creative Industry products. Tinctures are the most natural products that contain CBG, such as the nu-x Natural Flavored CBG + CBD, which comes in three different concentrations: 50/1000, 100/1000, and 3000/1000. These numbers refer to milligrams of CBG/CBD.

What is cannabidiol - CBD?

You are probably more familiar with the acronym CBD, even if you haven’t tried it. Although CBD’s first revealed themselves in a lab in the late 1930s, they were left unstudied for several decades until scientists started to pay attention to its anticonvulsant properties in the 1970s. Recently there has been a lot of buzz about it, and it is pretty recognizable as being easily related to cannabis. Cannabidiol, which CBD is short for, is a chemical compound naturally found in the cannabis plant. Unlike CBG, hemp plans contain CBD in much higher concentrations.

CBD does not give users the typical “high” associated with THC (more on THC later). Common types of CBD are used and administered in various forms, including oils, tinctures, and vaporizers. Some people consume CBD for its calming and relaxing effect that is achieved almost without any THC content. Some even use it for pets who suffer from travel anxiety when their owners take them on a road trip. Recently (in December 2020), the European Court of Justice suggested that “cannabidiol should not be considered as a drug within the meaning of the United Nations Single Convention on Narcotic Drugs of 1961 and cannabidiol can be qualified as food, provided that the other conditions of the EU Food Safety Regulation are also met.” You can read the full article here. THC, or tetrahydrocannabinol, is a chemical molecule found in the cannabis plant. THC is responsible for producing the psychoactive, and at times, hallucinogenic effect on those people who consume it. It is not the only chemical compound in the hemp plant that causes these effects. Dozens of other chemical compounds can give you that “high,” but THC is the most researched and famous one of these psychoactive compounds.

We mentioned chemist Dr. Raphael Mechoulam before, remember? Well, he also isolated, elucidated, and synthesized THC back in the 1960s. So we owe him and his team some thanks for the most revealing discoveries of the compounds found in the cannabis and hemp plants. THC and some other compounds found in cannabis are illegal in most countries and states around the world.However, in the past decades, thanks to advanced scientific research, hemp plant compounds (mainly the non-psychoactive CBD) have enjoyed legal status in several states and nations, whether for recreational or medicinal use. Products low in THC have been popping up legally in the US and many European nations with differing opinions and restrictions in different EU countries and US states.

What Is The Endocannabinoid System? This system is highly complex, but we will simplify it for you as much as possible. If you have a knack for diving deep into the confines of scientific literature, you may find this article quite interesting.

The Endocannabinoid System, or ECS, was discovered in the 1990s. It is a biological system consisting of receptors and neurotransmitters scattered around the brain and nervous systems found in all mammalian species.

The ECS is widely distributed both in the brain and in the body’s peripheral systems and glands. The study of the ECS is considered to be one of the fastest-growing fields in psychopharmacology.

Scientists usually divide the ECS into two receptor groups: CB1 and CB2. CB1 is found in the brain, whereas CB2 is found primarily in the immune system. The spleen has the highest concentration of CB2.

The ECS maintains homeostasis. Homeostasis has to do with regulating both the biological and psychological systems by creating conditions that exist within a narrow range so that the body can perform its functions most optimally. Homeostasis is responsible for everyday things like making sure our body temperature does not drop or rise excessively and regulating blood sugar levels.

There is so much more to say about this startling system that lives within all of us. However, this short intro is enough for this article.

How Is CBG Made? The hemp plant is responsible for producing CBG through its natural growth process. It can also be made by heating, which breaks down CBGA (the acid) from its acidic form to its neutral state. UV light exposure can break down CBGA into CBG. These processes are natural, so they don’t generate a significant amount of CBG to be used at a large scale.

Enter Science! One of the most effective ways to obtain attractive yields of CBG is to cross-breed different varieties of hemp plants. This selective breeding, aka genetic modification or genetic engineering, brings upon a great solution for growers to produce strains with significant amounts of CBG.

How is CBG Extracted? To make use of whichever compound we want from a plant, we must extract it. To extract CBG, science labs use a process known as chromatography.Chromatography uses superfluid liquid solvents, such as CO2 or ethanol, to extract the CBG. First, the hemp plant is dissolved in the solution. This solution loosens up the CBG (and most cannabinoids, for that matter) and draws it from the plant, together with terpenes. Then the solution goes into the process of evaporation under heat. The next step is to put through a vacuum to eliminate all the gas and leave a high-purity CBG concentrate behind. After extraction, CBG should be stored away from direct sunlight and at room temperature.

The safest and surest way to extract CBG (and any other hemp compounds) is using CO2, as using solvents might leave traces of chemicals in the final product.

Is CBG Cheaper Than THC or CBD? Due to the high demand and low supply, CBG is currently one of the most expensive cannabinoids out there.However, more people are producing CBG, and prices have started to drop gradually. For example, you can buy Nu-X Hemp Pre-Roll - White Whale CBG with the exact same price of $9,99 as Hemp Pre-Roll - Jupiter CBD.

How is CBG consumed? Just like CBD and THC, you can also consume CBG either by smoking it, vaping it from oil or wax, or sublingually with a tincture. But, keep in mind that CBG has a much lower boiling point than THC or CBD so that you might need a special device to avoid burning it and getting unpleasant or undesired results.

THC is the main (as far as research has shown) psychoactive molecule in cannabis. It is responsible for causing the “high” in people who consume it. THC stimulates the brain cells to release dopamine, otherwise known as the “feel good” chemical we all carry with us in different amounts.

CBD and CBG are not psychoactive molecules. They do not produce the psychoactive effects as THC. Some people consume CBD and CBG for the calming and relaxing effects, while others use them after a workout to soothe their muscles.

CBG has the lowest boiling point of the three: 126 degrees Fahrenheit, or 52 degrees Celsius.

THC is next with a boiling point of 311 degrees Fahrenheit, or 155 degrees Celsius. And the most stubborn of the three is CBD, which boils at 329 degrees Fahrenheit, or 165 degrees Celsius. Boiling points matter because If you don't heat compounds to a specific temperature, then the biochemicals won’t be activated. But if you go past the boiling point, you'll destroy its unique properties and scorch it beyond recognition.

Therefore, you might need a particular device, like CBD disposable vape pens by Nu-X, to activate the whole spectrum of terpenes and cannabinoids at precise temperatures.

CBG Into The Future

CBG is still in its infancy, and the amount of research carried out on this molecule is much smaller than on THC and CBD. However, more and more scientists are researching this phytocannabinoid. As a result, the scientific evidence of its potential benefits is increasing and becoming public knowledge. As more people begin to try CBG, there will be more anecdotal evidence for sure.

The FDA hasn’t created any regulations on CBG due to its “untested” status. It is difficult to regulate a compound that hasn’t gone through the proper testing and approval processes of any country’s food and drug agency. That’s why it is crucial to understand the quality of products available in the market and have access to independent lab reports.

All Nu-X products went through independent lab tests, and lab reports can be viewed and downloaded on the site. We use hemp plants that are grown under strict safety protocols, followed by proper CBG extraction. All our CBG flower products have over 10% CBG and were bred to be high in this specific cannabinoid. In 2018 the Farm Bill was signed, making it legal to cultivate industrial hemp and high-CBD hemp in all 50 states. Since the Second World War, this legislative breakthrough set the stage for the first large-scale hemp harvest in the United States.

It is, of course, great news not just for the hemp farmers across the country but also for the manufacturing of products high in non-psychoactive cannabis compounds, such as CBD and CBG oils, tinctures, creams, and more. This change in legislation can potentially pave the road for more research and extraction of CBG in the foreseeable future.

However, CBD products that make unsubstantiated therapeutic claims to prevent, diagnose, mitigate, treat, or cure serious diseases but have not obtained FDA approvals may be subject to penalties and prosecution due to violating the FD&C Act. You can read the full FDA article here.

We believe that similar to its more widely recognized cousins CBD and THC, CBG will gain more popularity as time goes by. More reliable evidence will surface regarding its potential benefits as laboratories worldwide increase their efforts in cannabinoid research. More studies like this one. This study indicating possible uses of CBG to help ease anxiety and stress will be published. As a result, future studies will most likely make CBG more popular among the general public, and it will continue to be used by more people in its different consumption formats.